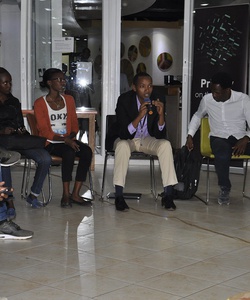 Internet and Human Rights Discussions Forum 2
by Ruti Patrick Dauphin
With now different opinions from different people around the globe some now believe that Internet should be a Human Right, this was one of the take away that was shared among several ideas that was discussed.

The issue of the 100% Internet content access was raised alongside supportive points where it was clear from that side that all should be free to the user and let one decide what to do with it, however the issue of 100% free Internet was perceived and addressed in a different way by people that operate at a country level, meaning ISP (Internet Service Provider) where the example of family restrictions "Parental control" was given and that the same should be applied for the sake of protecting the population. Users expressed their understanding about the issue and their concern about it, however they were keen and urged the ISPs to make it clear while they are making deals with customers; something that was referred to as the "Terms and Conditions agreement" between clients and ISPs where they (users) know in the first place that there are some content that they won't be able to access once they purchase services from the ISP.

The subject is being discussed on in 4 different corners of planet Earth and situations may vary from region to region and one might wonder if instead of putting more effort in this it wouldn't be a good idea to educate people ways they could get around the issue of being denied access to information according to certain places -Technically.

Do you think Internet is free in Rwanda? Is there something that should be improved in that regard, please share your thoughts with us @klabrw
January 27th,2017 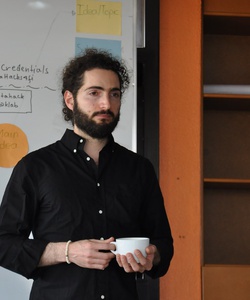 Artificial Intelligence with Joshua Kauffman
by Ruti Patrick Dauphin
Robots, machines, computers are becoming increasingly capable in terms of information processing and therefor advancing rapidly "at an exponential pace" that now one would be merely hard for her/him to distinguish the difference between the machines that perform routine tasks like Optical character recognition that belong to Machine learning to the actual Artificial Intelligence like human speech recognition and the capability of playing strategic games like Chess and Go including self-car driving and interpreting complex data.

Joshua has been involved in AI and its different aspects, studied and steered the personal data paradigm in which we’re now living and has been involved in the design and ethical implications of systems that know more, and can control more, about humans and has shed more light on AI through a discussion that took place at kLab alongside the audience that span from people who has been working on AI to people who simply have interest in AI.

The issue of all jobs being taken over by machines is now a major one from the global perspective, some say that this will be the same as the industrial revolution when people massively lost their jobs and evolved altogether with them afterwards to reach the industrial technology peak as we now have it. Raising this issue no happens to know what will really happen once at the peak of AI, some are optimistic about this and some pessimistic about it. However, what we know for sure is that some the great minds that planet Earth has like Stephen Hawking, Elon Musk, Niel DeGrasse Tysona and others are not quite optimistic about how far AI could go (if it is for better or worse) and apparently which is moving at an impressive pace never recorded in technology history before.

Joshua mentioning his chat with a top executive of General Electric (GE) about who will buy their products if all the jobs are done by machines and people are jobless and can not afford to pay the cars, would the machines buy the cars? Or more conveniently would machines buy machines?

With China investing heavily in the making of robots (using human labor in most cases) and selling those to developed countries like the US to finally pump out their money and making the replaced human labor by machines while on the other end its human labor is increasing more and more. Should other countries adopt Chinese model, maybe yes - then who is going to purchase those if everyone is making it, this will become obsolete due to low purchase demand; maybe no - then you become the victim of this revolution that is already happening in developed countries.

When you take a closer look or rather an overall look to this you realize that it all comes to the disappearance of human labor therefor no money, however some ideas has been introduced and under experimental processes like the UBI (Universal Basic Income) that is taking place in California, lets suppose that this succeeds and everyone has the necessary to live for free, then the question becomes; what will motivate people to innovate and create.

Please do share with us what is your take on Artificial Intelligence @klabrw
January 26th,2017 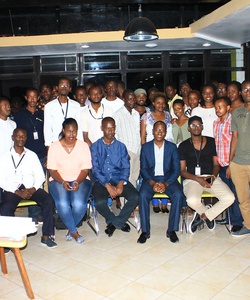 Internet and Human Rights Discussions Forum 1
by Ruti Patrick Dauphin
The goals of the event (Forum1) were to understand people’s opinions and perceptions of internet and human rights; promote and create an open and welcoming internet society atmosphere in Rwandan Community (involved or uninvolved). The main goal is to provide a space for people to engage and access freely with internet. This is not about the cost of internet but accessibility freedom as other fundamental human rights.

Forum 2 will closely focus on Freedom House Internet Report for Rwanda and get the public point on how Rwanda was ranked in 2016. Now that the first forum was for awareness, the second forum closely intends to hear on how people freely access Internet in Rwanda. There will also be a survey for the participants opinions to be recorded.

This will be a very interesting event and every one is invited, an EventBrite link will be shared shortly for registration