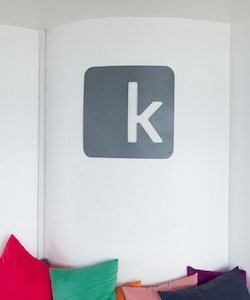 The program will entail a two week of intensive mentoring and coaching before an one week of residential program and up to six months of follow up mentoring and coaching, intensity of which will be decided based on each entrepreneur’s performance and needs. Participating startups will receive technical assistance on the acceleration curriculum that is designed to improve their marketability to early-stage financiers through emphasis on strengthening business and financial models, and outlining preparations for the capital raising process through detailed coursework on entrepreneurial finance. Other project activities will include facilitating several access to finance (A2F) workshops to provide familiarity with financial concepts and expectations of angel investors to a broader audience. We will conduct a series of information outreach workshops across the region for growth-oriented, digital entrepreneurs in partnership with the tech hubs. The main purpose of these workshops is to inform on requirements of the program, introduce the curriculum of the program and some of the key activities. The workshops will be held in different countries as follows;

Through PIVOT East and other programs, the m:lab East Africa has established working relationships with tech hubs and incubators in the East African Region and will continue to build upon these partnerships through the Traction Camp project’s activities. more info can be found at http://mlab.co.ke/tractioncamp/
May 09th,2016

The nFrnds Young Entrepreneurs Fellowship Program being run by nFrnds in partnership with the Rwanda ICT Chamber, kLab, Africa Innovation Prize, RwandaOnline, Balton Rwanda and Microsoft is being launched this week in Kigali with an intensive boot-camp designed to provide hands-on experience and entrepreneurial training to young Rwandan graduates. Participants taking part in the boot-camp will receive training in marketing, sales and business development and have an opportunity to put their skills into practice while receiving support and mentorship from the nFrnds team, local facilitators and guest lecturers. Throughout the program fellows will continue to receive practical training and first-hand experience and upon completion of the program fellows will be accredited as nFrnds Entrepreneurs with the opportunity to continue running their own micro-businesses developed during the fellowship and gaining commission from sales of nFrnds or its partners’ services. Whichever path graduates choose they will benefit from the practical experience and new skills sets developed during the fellowship regardless of whether they stay on with nFrnds or our partners, go on to join a company or start their own venture.

As part of the program nFrnds will be co-hosting together with Rwanda Online a Speed Mentoring Cocktail where fellows will present their new business plans and receive feedback from visiting World Economic Forum delegates and local business leaders. As part of the week long activities, nFrnds, a technology company providing a managed cloud platform accessible from any mobile phone announced it has selected Kigali as its African Head Quarters, according to CEO Dorron Mottes, "Rwanda is the obvious choice to make our base in Africa given our great partners, the warm and welcoming business environment and exciting developments in the ICT field that are going on in this country" nFrnds is committed to playing it role in developing the capacity of young graduates to play a part together with its local partners in the ICT transformation that is already taking place in this country. For more information contact: info@nfrnds.com 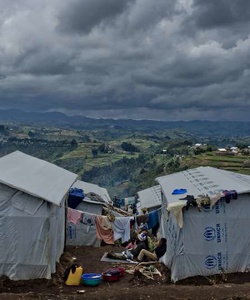 Refugees are not a lost generation
by DUSABIMANA HALLELUA PACIFIQUE

Last October, I had a great opportunity -- which I came to see later -- to learn Scratch, a programming code language designed for young  people by MIT. Soon, I wanted other people, especially kids to also learn this great tool and program.

In this line, we started a program where we teach kids Scratch using RDB ICT buses. During our journey, which is still continuing, I have come to realize that kids, who use or see a computer for the first time, are fast learners though I do not have facts and evidence to back this up; it is just my pure observation!

Recently, I went to Jordan to teach the same coding program language to refugees at the Zaatari camp with SAP, Galway Education Center people. Also, I remarked that kids, though they are refugees, learn pretty much faster than I had expected!!

Going from one country to another, one cannot help but observe that there are numerous and different posters and flyers in cities and towns of kids studying, reading or writing. As far as I am concerned, that shows me the power and importance of education, pertaining especially to kids, either refugees or not.

I remember a story that I read on the Daily Mail online magazine of Adi Hudea, who was 4 years old, a Syrian refugee girl in Turkey, who surrendered when a photographer pointed a camera on her, for the little angel assumed it was a gun.. Also, I read another article, written by The Guardian, that talks about a young Syrian boy -- 3 years of age -- called Aylan Kurdi who drowned trying to access the Greek island of Kos swimming a sea; his brother, who was 5 years old, also passed away through the same circumstances. All these stories show that the refugee crisis in Europe and America is alarming and needs solution. I have been pushed by my penchant for kids and education; after reading those stories, I melted in tears and could not do nothing but go to the rescue of these poor kids. Another fact that I heard during my time in Jordan is that refugees are not a lost generation. Through this blog and my Twitter account, I want to raise my voice to say that refugees are not a lost generation whatsoever!

I strongly believe -- I am not alone -- that every kid on this earth should have equal opportunities to education, as they are avid learners and backbone of a country’s development and progress. That  is why we have been teaching refugees kids to code so that they may gain a crucial skill that can help them in a near future.

Following this is the schools of coding project, in which we will partner with different stakeholders and key partners for the success of it. The aim of this project is the same; empowering kids between 5-18 years through digital education i.e. coding software languages training. This work is, not to forget to mention, in line with Phil, the Minister of Youth and ICT of Rwanda’s vision,“Today literacy should go beyond just knowing how to read and write, even beyond digital literacy- knowing how to use computers. Basic literacy for the next generation should be about coding.”

With schools of coding is that we will not only teach Scratch as software code language but also12 coding programming languages as to know:Scratch 1&2, Alice, Daisy the Dinosaur, Hackety-hack, Code Monster, Codecademy, Javascript Games, HTML5 Games, App Inventer, Ruby Games and others.

Coding is a great skill, especially in the 21st century, to have to be able to thrive. Refugee kids are not forgotten and also are to be taught this skill in order for them to use it in the future so as to impact their lives and others’ on the way.

A fact of matter in all is that refugees are able and are avid learners, which makes them worthy and not less. Indeed, they are not a lost generation!